INTRODUCTION
On the Monday 19th March 2018, I departed Abuja by air to Lagos and on Tuesday, 20th March, 2018, I departed Lagos for Ouagadougou with a stop-over at Abidjan. After three months stay in Ouagadougou, carrying out Survey of the Country, Spiritual Mapping/Intercession and Language/Culture Learning, I departed Ouagadougou on Tuesday, 19th June, 2018, with a stop-over in Abidjan and spending the night in Lagos. Next day, Wednesday, 20th June, 2018, I left Lagos for Abuja. To and fro the trip, I spent a night each in at the SALINI Camp in Lagos, courtesy Elder Barrah Vincent.

BURKINA FASO – LAND AND PEOPLES
There 46 Provinces in the Country with about 66 tribes and languages. In 2017, the population of Burkina Faso was speculated to have reached 19.2 Million people, while Ouagadougou the country’s capital city had about 2.3 million people.
Their Poverty is a conformation to the mode, in other words they have accepted the world’s ranking of their country as one of the poorest nations of the world to be conclusive and permanent. The acceptance of that definition by the leadership and followership in the nation has reduced them to a beggarly mentality and life-style. For instance, every adult or family owns one or two motorcycles at least. Secondly, They are a ceremony loving people, and they do it competitively.

SOCIAL LIFE AND CULTURE
Ouagadougou city is best known for three activities – Drink, Food and Women. The Prevalence of Teenage Pregnancies both in the city and more predominant in the villages tells the story of their immorality. I think the size of their population makes these vices very visible.

Most young people would want to have a European (France, America, and British) or Nigerian friend or contact, who will on the grounds poverty be sending him some hard currency. All the currencies of these nations fluctuate, except the Euro and CFA.
Nigerians are known for corruption/419 and Harlotry, as a result, Nigerians are treated with caution. Pst. Charles’ experience with his rich relation (refused to help him because he said was working with a church from Nigeria).
Burkinabes are generally very cultural as the only tribe, the Moore or Morsi are about the largest ethnic group occupy the Capital City, Ouagadougou. Generally, in the Country, people greet by shaking hands both male and female. When a person is not intending to shake hands, he will just fold his two hands close to his chest and bow his head. Younger people do not extend a handshake, but fold their hands across their chest and bow one knee to greet an elder.
Except the elder persons decides to shake the younger.
Most often they dress in very simple attires such as T-Shirts and open-handed blouses or tops especially when temperatures are high.
The Country observes lunch break between 12-3pm on working days.
They have imbibed the culture of Tea taking, perhaps from their Colonial Masters the French. Nescafe or Lipton Tea is taken anytime, anywhere. So you can find Coffee Shops on almost every street corner. When evening comes, those shops are turned into drinking joints or outlets, with meat, music and dancing accompanying.
In most parts or regions I visited, including Ouagadougou where I stayed for Three months, Ceremonies and Festivities such as Weddings or Traditional Marriages/Burials, Naming Ceremonies and birthdays are carried out with a high display of wealth.
In some public canteens, they have a culture providing water for washing of hands before eating.

RELIGIOUS BELIEFS
Burkina Faso is religiously diverse society with Islam being the dominant religion. According to recent census (2006) conducted by Government of Burkina Faso, 60.5% of the population adheres to Islam. The vast majority of Muslims in Burkina Faso are Malikite Sunni, deeply influenced with Sufism. The Shi’a branch of Islam also has small presence in the country. A significant number of Sunni Muslims identify with the Tijaniyah Sufi order. The Government also estimated that 23.2% practices Christianity (19.0% being Roman Catholic, 4.2% being Protestant), 15.3% follow Animism i.e., African Traditional Religion, 0.6% have other religions and 0.4% have none. The Peoples of Burkina Faso, practise Syncretism, reflecting the interplay of the two popular faiths, Islam and Christianity with the French Culture as well as their indigenous tribal cultures and Traditions. Consequently, practitioners of Islam and Christianity faiths are largely nominal and docile.

SURVEY/RESEARCH
In quest to know the Country beyond Ouagadougou the National Capital City, I visited the following Mission Fields in Burkina Faso:

Also, I worshipped in a number of Churches/Fellowships such as: Assemblies of God Church, Baptist Church, International Bible Fellowship (IBF), NIFEST, YWAM (Jeunnesse En Mission), CIAO and of course our own ACFM, Kyon.
Furthermore, I got the Country’s Regional Map and Constitution.

LANGUAGE LEARNING
I had the plan to learn the language for 3Months. But I eventually spent two months, one week learning the language because I couldn’t get a teacher in my first three weeks of stay in The Guest House in Ouagadougou, while my movement to a two rooms apartment far away from our meeting venue- the Guest House further compounded matters for me as I had to travel for over thirty minutes to get to the Venue, most times I end up trekking the last 500m to and from the venue.
My previous elementary knowledge of the French Language and the multiple learning resources (Radio, French Bible, Computer Audio French lesson, Primary one French Reader) I used helped a great deal in my picking up the language faster than expected. My initial goal of: “To Learn to understand, Speak and Write French well”, met an average success.

SPIRITUAL MAPPING /INTERCESSION
I began this the very moment I was picked up from the airport in Ouagadougou. As Pst. Robert Koama in the company of Pst. Charles Batiana and one of his convert he brought from the village drove through Grand Marche or the central Market, I sensed a leading to pray for myself and the city.
Nine days after I arrived Ouagadougou, precisely on 27th March, I had a restless night that made me think and pray thus:

The Social Life of Burkinabes and two unfortunate incidents I had in Kyon village and Ouagadougou informed the choice of the Ministry we shall run in Ouagadougou.
While at Kyon, I had an experience on Sunday night. A young boy, JSS 3 student, had the guts to sleep with his girl in one of the rooms where I was sleeping in the parlour. I had gone to bed when they entered the inner room and slept together. I only woke up to hear them talking in the room. I wandered how that young boy could shamelessly be bold enough to take a girl (his school mate) passed me into the room. When I heard them talking in the inner room, I just waited for them to come out into the parlour. Not quite long, they finished dressing and came out. I accosted them and asked why they were so bold to commit such atrocity before my very eyes, “they splashed the filthy immoral spirit on my face”. I felt ashamed and embarrassed, but not them. Immediately, I called Pst. Batiana to inform him, but before he could come, they had gone out. But he later came back with boy.
He spent time quarrelling the boy. He later came into the parlour and the boy knelt down asking me for forgiveness. I dismissed him and told him to go and ask God for forgiveness because I am short of words to express myself. I simply told Pst Batina, “This is a spiritual and social problem in this village. Little wonder one finds a number teenage mothers and even pregnant girls in that community. Young people of their age in Nigeria cannot behave likes. It is akin to uncovering one’s Father’s nakedness”, I lamented.
Pst. Batiana my host felt the more embarrassed and even dumfounded. He simply agreed with my submission. There is glaring need for a good teens ministry as the region is blessed with young people who are Physically and Spiritually Hungry.
Unfortunately, we had a case of two young girls being impregnated by two young members of the Church. I treated their case before leaving the village on my second visit to the Church before I left the Country.

MISSIONARY GROUPS AND THEIR WORK IN BURKINA FASO
There are more than 600 officially recognized Church Denominations according to sources at ODEO (Office De Development des Eglises Evangeliques).

MINISTRY REGISTRATION
Based on my survey and interactions, the registration of ACFM in Burkina Faso is necessary for the Mission to carry out credible or government recognized activities in the Country. In the past, it was not so. Contemporary realities and challenges have brought about changes in government policies.
There are however two possibilities for registration, as a Church or as an NGO. We have gotten sufficient information on both.

ACFM KYON
The Church was started by Pastor Charles Batiana, a native of Kyon Village in Burkina Faso and his Pastor, Gofrey Emenike in 2016, after discussing with the General Overseer, Presently, the church building is roofed and the outside walls plastered. The floor is not cemented, the inside walls are half plastered. Doors and Windows are yet to be fully paid for. Also we are yet to pay for the Church land.
The Church is made up of Youths (31) and Children (46), as well as a few Women (12).

CONCLUSION
In conclusion, I am grateful God and to my Father in the lord and Mentor, Rev. Dr. William Okoye for the privilege and singular honour given to me as the first Missionary to pioneer the Ouagadougou work. May I also acknowledge the immense sacrifices and efforts made by Rev Godwin Tsee the National Director of Missions and Elder Vincent Barah, National Director of Ministry, towards ensuring that my trip to Burkina Faso and back was successful. May God take all the glory. 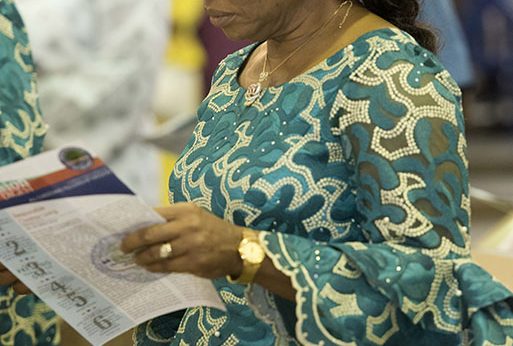 The family of Rev. William Okoye, the General Overseer of... 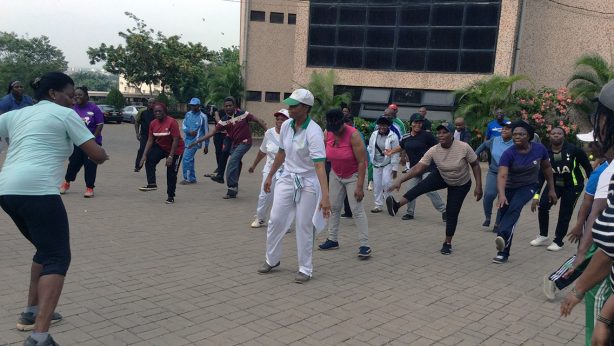 The Women Fellowship of All Christians Fellowship Mission  [ACFM], Maitama...